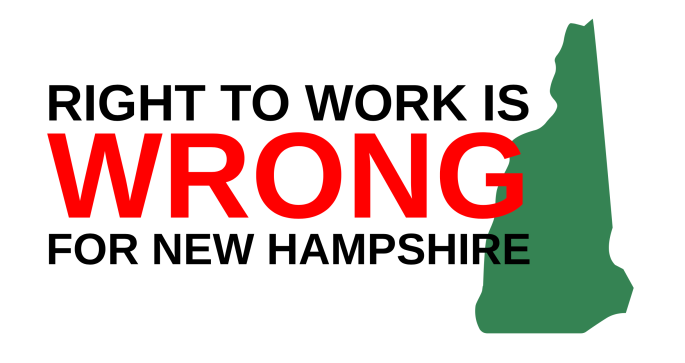 NH’s so-called “Right to Work” bill (SB11) has already passed the NH State Senate and will soon be headed for a vote in the House in three to four weeks (Mid-February) Despite research that suggests that the law reduces a typical full-time workers’ wages by an average of 1,558 a year and NH already has a nation-low unemployment rate, the bill has support in the Republican Party. Coupled with the upcoming Dues Collection Elimination Bill (HB 438), the effects on public and private workers’ unions in NH could be devastating to membership and negotiations.  In the coming weeks, SEA will be joining forces with other unions to contact our state government representatives, spread awareness and rally at the statehouse.  Talk to a SEA rep for details and check the “Right to Work” tab often for updates.